Purposeful leadership: what is it, what causes it, and does it matter?

‘Purposeful leadership: what is it, what causes it, and does it matter?’ by Catherine Bailey (University of Sussex), Amanda Shantz (University of Greenwich), Patrick Brione (IPA), Ramya Yarlagadda (CIPD and formerly IPA) and Dr Ksenia Zheltoukhova (CIPD) is published on the CIPD website on Wednesday 14 June 2017.

Our research looked at purposeful and ethical leadership styles and their impact on employees in a range of different organisations. Purposeful leadership combines three different facets: a clear and compelling vision, commitment to a range of stakeholders, and a strong ‘moral self’.  Purposeful leaders can have a vital role to play in helping create purposeful organisations that look beyond short-term performance to focus on the wider societal and economic impact.

We found that people are happier and more productive when their leaders are purposeful. When managers display ‘purposeful’ traits, employees are less likely to quit, more satisfied, willing to go the extra mile, have higher levels of meaningful work, are better performers and less cynical.

Laura Harrison, Director of Strategy and Transformation at CIPD, said: “Building on a number of studies on trust, decision making, and corporate governance, this study begins an examination of an under considered facet of leadership, purposefulness.

“Much has been discussed about the critical nature of invoking and ‘living’ purpose in an organisation, but little around the alignment of this purpose to the internal, perhaps hidden, moral compass of an organisation’s leaders.

“The challenge now is how we enable and support the development of leaders that people actually want to follow.”

The research found that just one in five UK bosses describes themselves as a ‘purposeful leader’, highlighting a largely untapped opportunity for modern organisations to improve performance by reshaping the role of managers.

The study suggests that there is much that organisations can do to foster purposeful and ethical leadership, including the adoption of relevant policies, leader role-modelling, alignment around a core vision, training and development, and organisational culture.

Dr Amanda Shantz at the University of Greenwich says: “If organisations are serious about acting on the rhetoric of business purpose, and are to invest in achievement of their purpose, they have to reconsider the ways they select, develop and assess leaders.

“The traditional focus on leader behaviours only goes so far as to develop their ability to perform in a role. Instead, what is required is a development of the whole person, while accepting that it is impossible to mould all individuals into a uniform model of morals and ethics.

“The real challenge is not in trying to achieve perfect match between leaders’ and organisational  values, but in ensuring that they complement each other in ways that best suit organisational circumstances at a given time.

“This includes supporting leaders to successfully recognise and negotiate the differences between what they stand for and what the business intends to achieve, without detriment to the individual leader or the company’s operations.”

Some of the key findings to emerge from the study were:

Overall, the research found that many organisations could do more to foster an environment where leaders feel enabled and empowered to act ‘with purpose’. 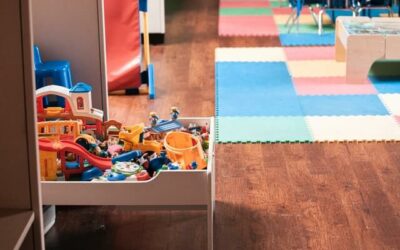 Seymour House is based in Essex and runs 10 nurseries, which have all received an ‘Outstanding’...